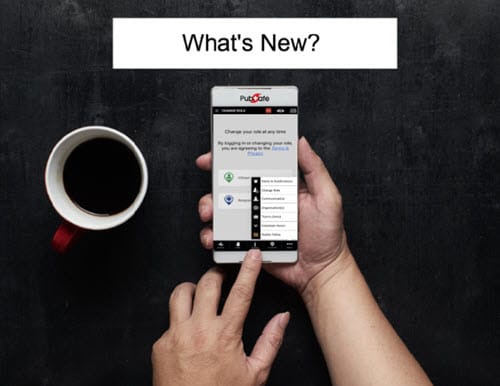 Starting in January we have put a major effort into creating a portal to work in conjunction with the PubSafe mobile app. It started by providing a simple web map version of the mobile app data but we soon realized a lot more functionality was needed to address the needs of many NGO dispatching efforts. We set out to build a purpose-built platform to serve organizations that are vital to SAR efforts.

Various app version upgrades were enabled in this release. Upgrades are important for two reasons. 1. To generate revenue from more functionality to support past and future development. 2. To separate everyday users from responders, government, and more professional organizations such as NGO.

A major stepping stone to field operations was the introduction of teams to the mobile app. Teams were requested to enable groups to operate and communicate independently of general citizen users. This was a major undertaking and one we wanted to design specifically for NGOs. We recognized that many users may want to belong to multiple teams so team switching had to be included.

PubSafe is the only platform with an architecture to support teams with up to 35,000 members! This creates the need for highly skilled developers and an environment built for speed. The goal was to support very large organizations such as the Border Patrol, World Health Organization, Samaritans Purse, Red Cross, or UNICEF around the globe. The number of teams a user can join is limited by the app version.

The future of PubSafe is the interaction of the web portal and the mobile app. There are endless possibilities to improve SAR and disaster response efforts through a portal. We have many long-term goals such as analytics to study post-disaster user migration. The portal allows us to introduce key functionality which we can build on moving into the future. 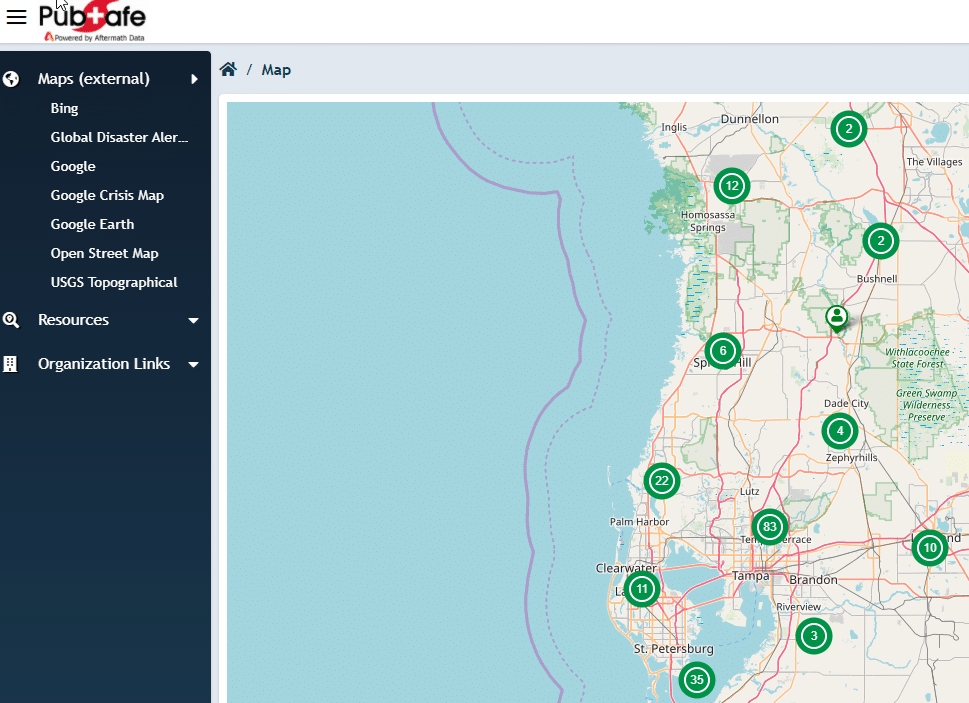 Organization events were implemented to associated data with specific activities unique to an organization. Platform-wide events are things like hurricanes and organization events would be something like a local search and rescue operation. By associating data to an event or org event, analytics will be available in the future.

Feedback was received that the app is overwhelming. This is good and bad. Good because there is a lot of functionality and bad because it is an obstacle to testing. We improved navigation and consistency across functionality by adding visual indicators in the top of windows where before they would be hidden by the keypad when entering text.

A KB was introduced to enable users to quickly learn the platform and understand the definition of terms and functionality. The KB can be accessed here. Individual KB articles will be linked in the PubSafe mobile app and the web portal. 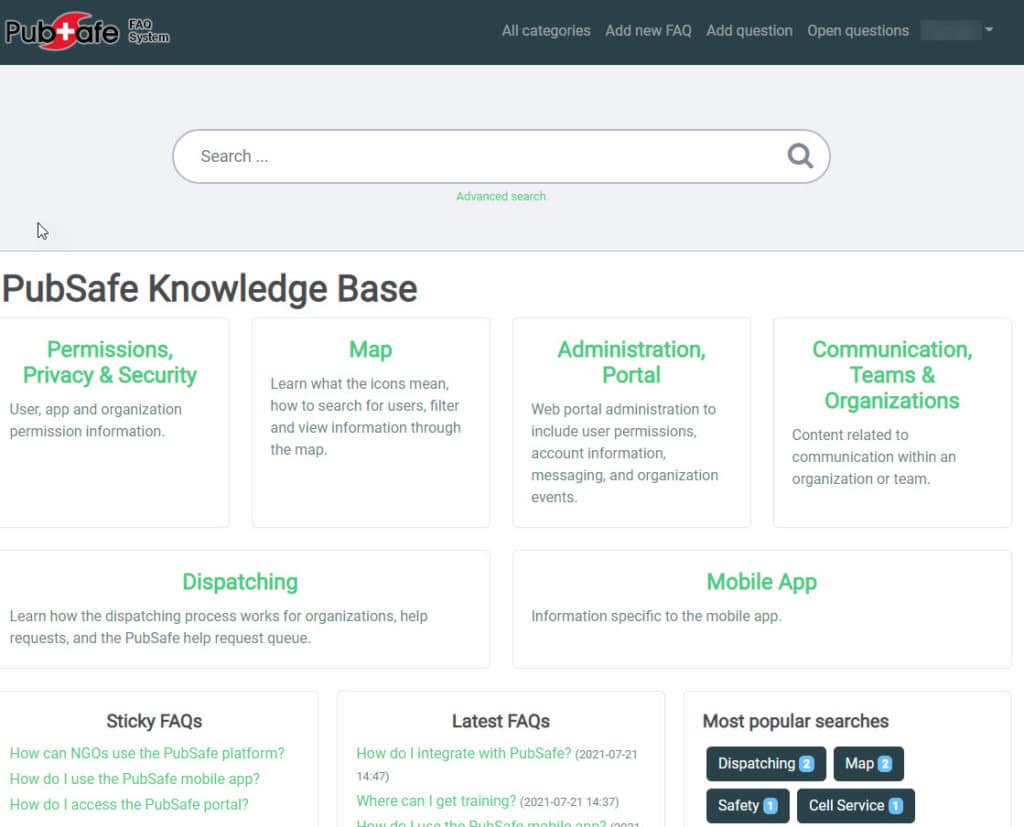 This was and is a big challenge. We successfully met Android requirements but Apple has proven to be an obstacle. After many iterations and weeks of updates, we are now live on the Play Store again. Apple has decided that the concept of citizens helping each other is too dangerous and removed our app until we can get a government agency to show support for the concept. Apple has decided they will determine when and how citizens receive help. Apple is very clear on the potential consequence of their decision could result in the death of someone who cannot be assisted in an emergency such as a sinking boat or active shooter alert. We will continue to work with Apple so iOS users are not left at risk and without assistance during disasters.

Low-resolution background tracking when the app is closed was enabled to provide locations to users when they travel, not just in their home area.

Visibility options were added to only be visible to a team or organization.

A summary was added on launching the app to let users check their settings to be sure they are what they intended.

One of the least known aspects of the PubSafe app is the ability to track volunteer hours. We improved the usability by memorizing input data so it reduces the data entry for multiple entries. Hours are also emailed in Excel for sharing, compiling, and storage.

Other updates were done to improve the speed, scale, and reliability of the platform.